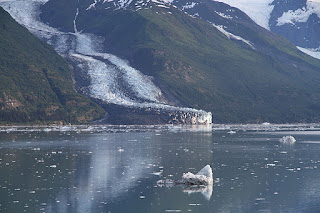 In July, Ron and Bert Whalin went on a Road Scholar mainland and cruise trip to Alaska. Titled by Road Scholar (used to be called Elderhostel) “ALASKA: Deep into the last frontier”, the trip started in Fairbanks and ended in Vancouver. The above photo was taken from the MS-Zaandam in College Fiord. The program included many still photos and videos. 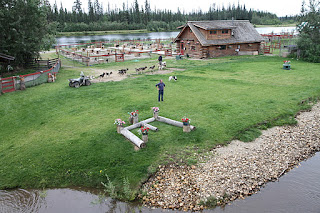 Traveling up the Chena River on the Discovery III paddle wheel boat, there was a stop at Trail Breaker Kennels where Alaskan Huskies put on a nice show. 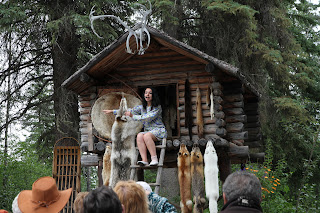 At the Chena Village stop, tourists were given an interesting presentation on furry Alaskan animals. 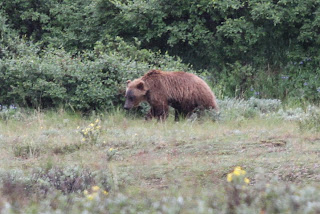 During a 7-hour bus ride on the Denali Wilderness Tundra Tour, a Grizzly was seen eating berries. 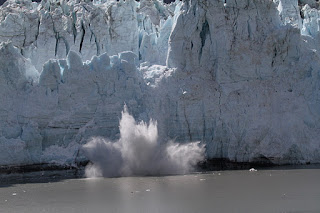 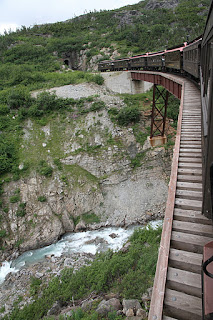 In Skagway, there was a very enjoyable ride on the White Pass and Yukon Route Railroad. About 400,000 people travel on this narrow gage railroad every year. 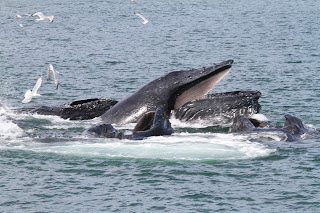 While Whale-Watching with Allen Marine out of Auke Bay, we witnessed a pod of seven humpback whales bubble net feeding. Many times, the large mammals dove, confused their prey of herring with a net made of air bubbles, and then soared to the surface with their mouths open. 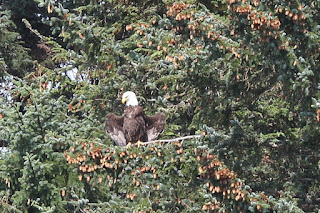 After having a Salmon Bake at Orca Point Lodge we spotted Bald Eagles in the trees. 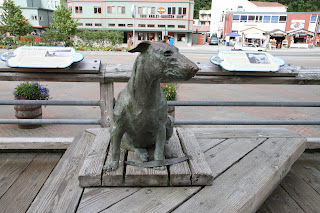