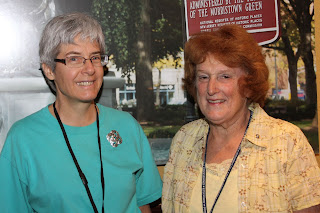 Martha gave a PowerPoint presentation covering genealogy. She showed how she researched the family history of Betty Anne Keat, going far into the past. Martha showed the sources she used to obtain information and described her logical analysis of the available data. 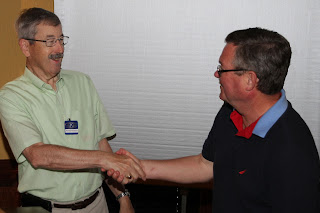 Tony Britt (right in photo) of Chatham Borough was inducted into Kiwanis during the June 25, 2013 breakfast meeting at Charlie Brown’s restaurant. Past President Dick Plambeck (left) introduced Tony and welcomed him into the club. 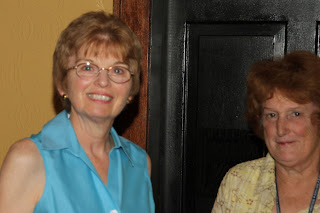 Sue Burlingame (left in photo) of Chatham Borough was also inducted into Kiwanis during the June 25, 2013 breakfast meeting at Charlie Brown’s restaurant. Betty Anne Keat (right), sponsored Sue, introduced her to everyone and welcomed her into the club.
Posted by Chatham-Madison Kiwanis at 6/30/2013 04:09:00 PM No comments:

Alec Waksman was presented with the 2013 Kiwanis Nancy Boucher Madison High School Service Award.  This highly qualified student serves as the Treasurer and “points person” on the Key Club executive board at Madison High School. Alex is truly dedicated to volunteer work and helping others. He volunteered for the Special Olympics bocce tournament, worked at the car wash, and helped facilitate a recent dodge ball event. He has been present at every key club event this school year. Alec is self-less and has a quiet sense of leadership that students gravitate toward. When something needs to be done, Alec is always ready and willing to pitch in. He has a calm, pleasant demeanor which serves him well when working with children, people with special needs, and senior citizens.  We are grateful to have a student of Alec’s caliber on the Key Club executive board this year.

Meghan Riley was presented with the Kiwanis 2013 Jerry Vezza Madison High School Music Award. She completed a very demanding college prep program of study. Meghan is more than willing to rise to the academic challenge that a difficult program often presents.  Her efforts have resulted in an excellent grade point average and she was inducted into the National Honor Society.

Meghan has clearly defined goals for her future. She is focused on becoming a music teacher.  She has been involved in every phase of the MHS music program including Orchestra, Concert Band, Marching Band, Pit Band, and Wind Ensemble.  Outside of school she also performs with Drew University’s Wind Ensemble.

When not making music, Meghan is an assistant editor of the yearbook and she volunteers as a math tutor.  She is also very active in the youth ministry of her church and has volunteered to give music lessons during the summer in the summer youth program.  Her experiences will help her achieve her goal of becoming a music teacher.
Posted by Chatham-Madison Kiwanis at 6/22/2013 06:02:00 PM No comments: 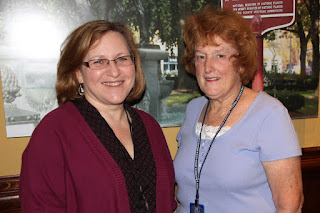 JBWS does not have a store-front so it is harder for clients to find their services. They began in 1976 providing a hot-line service where clients could call and ask for help. Since then, the agency has added housing services and extended the program to include young people. Regina showed a short DVD which explained the problems with violence in relationships. She also handed out brochures and described how JBWS help their clients. They address safety, the cycle of violence, help people become self-sufficient, and counter the social norms that allow domestic violence to continue.
They have a shelter, a hot line, legal support and counseling. Many clients have multiple problems that make the problem even worse. Programs are aimed at preventing the problem from developing. Education in public schools is provided to help young men develop healthy relationships. Women recovering from abuse are helped to return to a productive and happy life. Misuse of power in a relationship is no longer being acceptable. Progress is being made.

Members of the audience enthusiastically applauded the presentation. Please visit the JBWS website to learn more about the good work of this organization.
Posted by Chatham-Madison Kiwanis at 6/22/2013 05:57:00 PM No comments: 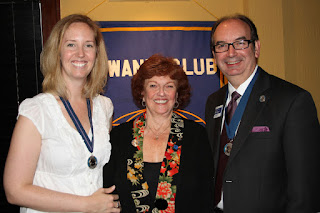 Kiwanis International acknowledges major contributions to ELIMINATE by presenting a Walter Zeller Award. A special broche is included for Mother’s Day. Michael Mulhaul, who is a past Governor of the Kiwanis NJ District, made all the arrangements to obtain and present the award to Nickie, who was an active member of Key Club in high school. The award was a surprise to Nickie and she graciously thanked her mother and Kiwanis for the gift.
Posted by Chatham-Madison Kiwanis at 6/22/2013 05:52:00 PM No comments:

Christine Rehm, President of Circle K Club at College of New Jersey, is serving with Kiwanis this summer. 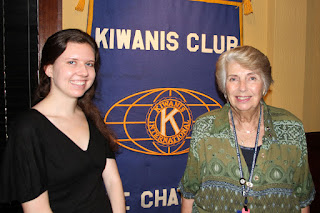 Christine Rehm, left in the photo, has joined the Chatham-Madison Kiwanis Club as a summer intern. In late August, she will return to the College of New Jersey where she will be the President of the Circle K Club (which is sponsored by Kiwanis). Joan May (right), President of Kiwanis welcomed Christine, who lives in nearby Florham Park.
Posted by Chatham-Madison Kiwanis at 6/22/2013 05:43:00 PM No comments:

Joan May, President of Chatham-Madison Kiwanis Club Presented Special Awards to Every 2013 Graduating Senior of ECLC of New Jersey in Chatham. 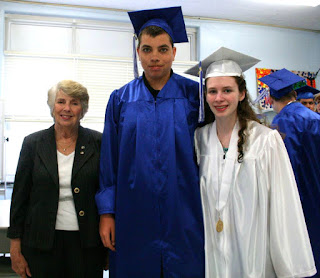 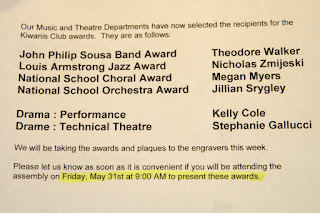 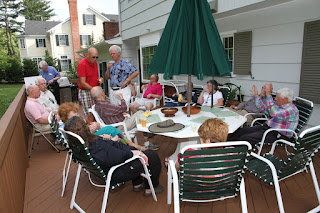 Kiwanis and Rotary clubs in Chatham held their annual picnic on June 11. Weather threatened but it was OK and everyone had a great time.
Posted by Chatham-Madison Kiwanis at 6/17/2013 10:13:00 AM No comments: 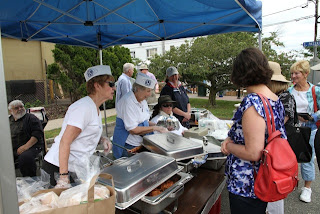 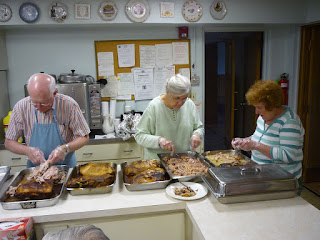 Pulling Pork to make delicious sandwiches which were sold at the June 8, 2013 Chatham Fishawack Festival.
Posted by Chatham-Madison Kiwanis at 6/17/2013 10:07:00 AM No comments: 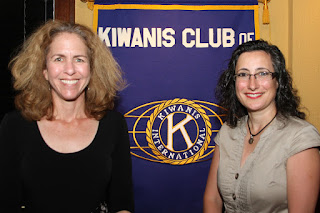 Mimi Mehta (left in the photo) and Mary Rohe (right) spoke at the June 4 meeting about the history, status and plans for the Chatham Skate Park. They were introduced by Karen Swartz. The park is located next to the police station on Southern Blvd. in Chatham Township. It has been actively used by local young people since it was built in 2003.

The speakers are raising $15,000 to pay for an acrylic protective coating for the skating surfaces.

The skate park provides a unique opportunity for young people to develop and enjoy their skateboarding skills. It also provides a place for them to come together for camaraderie. It is a sort of playground for older kids, a place to relieve stress and develop social skills. It is a terrific local resource – the next closest skate park is a thirty minute drive from town. The speakers presented a PowerPoint presentation and a video explaining how the park has been used in the past ten years.

To learn more, please visit their website. You can find it by searching on Google for “chathamskateparknj”. Also visit their facebook page: “savechathamskatepark”. Some videos of the park in action are also available on YouTube – on the YouTube search field, enter chatham skate park to find videos. You can also find articles on this in Chatham Patch.

Mimi and Mary are asking local organizations and citizens to make donations for repairs to the skateboard park. The members of the audience enthusiastically applauded the work of the speakers and their fine presentation.
Posted by Chatham-Madison Kiwanis at 6/17/2013 09:34:00 AM No comments: