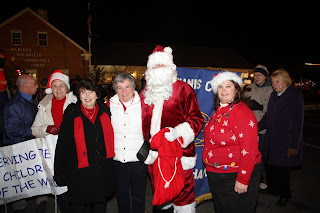 Thirteen Kiwanians and spouses marched in the November 23 Madison Santa Parade (aka Christmas Parade). Madison High School Key Club was well represented with eight student marchers, the club advisor, and her family. Many thousands of adults and children crowded the sidewalks to watch this annual event. After marching, Kiwanians went to Charlie Brown’s for supper. 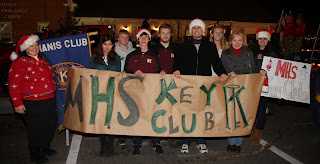 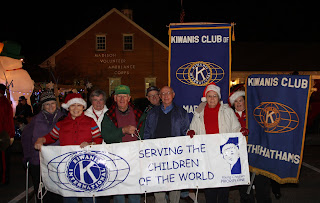 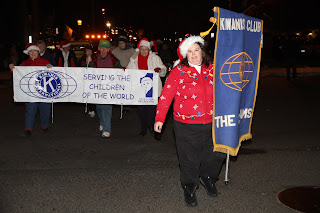 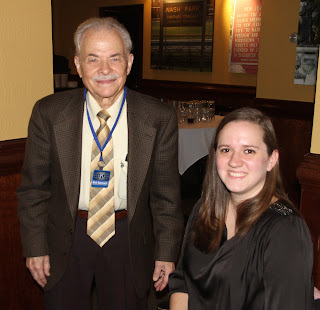 She reported that the club has grown their membership to 25 student members who come consistently to all the meetings. The $600 International dues is paid by Drew and students pay $8 individual District dues by the end of the month. Victoria reviewed some of the recent events by the club locally and with the District.

Some projects are carried out at the meetings. One is Cards for Kids. Kids with serious illnesses are located via the Internet and cards are made to cheer them up, even though some have terminal illnesses. The club also does Trick or Treat for UNICEF, going door to door in Drew dorms. Over $100 was raised and donated to the ELIMINATE project.

The club went to a NJ state rally (a day of fun) held at Rutgers in October. They brought canned goods to contribute to fighting hunger. Drew came in third in point score for the day.

The club had a T-shirt designed for their club and will now order them to proudly wear to events.

They raise funds and made contributions by reselling used books. They had a peanut butter and jelly sandwich social where they made and took over 100 sandwiches, to Hurricane Sandy victims in Toms River. Fifty went to the Salvation Army and the rest were handed out by the students as they went door-to-door to help people.

Victoria organized a Drew project to collect Sandy relief donations - then they drove a truckload of donations to Toms River. She also sent out a flyer to Drew students reminding them to return from Thanksgiving break with more donations for Sandy victims. Victoria is heading up a Drew disaster relief committee. This week they went to Staten Island to provide relief.

Victoria and other students found tragic damage to houses at the shore. She invited Kiwanians to donate relief goods. One thing that is needed is pet supplies. Food, blankets, and other items are needed to help displaced pets.

The club held a “Dance the Damage Away” to raise funds for Hurricane Relief. The event was a success, raising $253.

They also are doing a Six Cents Initiative to collect used water bottles, turn them in for cash, and then donate the funds to bring good water to people in need. She thanked the audience for bringing in water bottles for her. They also collect can-tops for the Ronald McDonald House.

Upcoming events include the Free Rice Competition. When you answer a trivia question on-line, 10 grains of rice are donated to the World Hunger Program (freerice.com). Students will come to the event, group into teams, generate points (rice), and compete for prizes based on which team has the most rice.

Next year, they plan to hold a bowling social in the Madison shopping center near Staples. The club will attend the state-wide NJ District Winter Social to be held at Centenary College in February. There is also a NJ District Convention being planned for next February.

There will be a NJ District large scale service project hosted by Drew in April. Also, the Walk to Eliminate will be held again this year. A Dance for Dimes is in the planning stage to raise money for the March of Dimes. Also a Clean-up on Drew campus is being planned for next year in the spring.

The audience loudly applauded the great work of Victoria and the Drew University Circle K. Their extensive programs and enthusiasm are an inspiration to everyone.
Posted by Chatham-Madison Kiwanis at 11/23/2012 06:24:00 AM No comments: 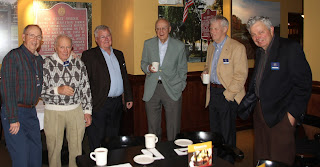 Dave reported on nut sales. About $2,300 total have been sold - still have $2,500 to sell. Cashew bags, mixed nuts bags, pistachio bags, 26 oz. cashew tins and 16 oz. mixed nuts tins are all sold out. However, there is a wide selection still available. Please order soon so you won’t be disappointed.

Gary announced the Chatham Ogden Road clean-up is scheduled for November 28 at 8:00 AM.

Joan announced the Madison Christmas Parade on Friday at 5:00 PM at the Ambulance Corps parking lot on Prospect St. Also the Breakfast with Santa is on December 1 at 9:00 AM at the Madison Community Center.
Posted by Chatham-Madison Kiwanis at 11/21/2012 08:46:00 PM No comments: 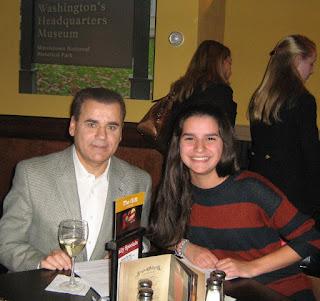 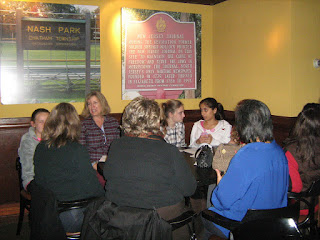 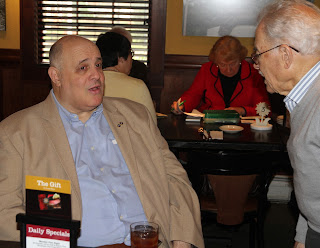 At the November 13 Kiwanis meeting, Marc Litwack spoke about his career serving Kiwanis. His next step is to run for a position on the Kiwanis International Board of Trustees. In photo taken before the meeting, Marc is talking with Bob Stannard.
Posted by Chatham-Madison Kiwanis at 11/16/2012 06:38:00 AM No comments: