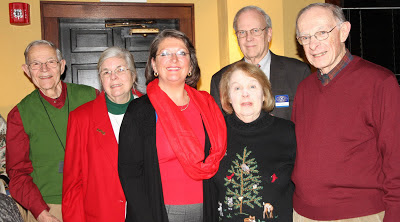 Kiwanis members who provided the Christmas program are shown in the photo. The program was organized and led by Jerry Cunningham, who led off the program with a clever and entertaining rendition of “Twas the Night Before Christmas”. Next came a wonderful reading by Karen Swartz. She was given the story by long time Kiwanis member Jim Baker. Debbie Behling found a hilarious YouTube video, which Rich introduced and played, to the delight of all who were present. Bert and Ron Whalin visited this year’s Christmas Display at Longwood Gardens (they went along on a Fellowship Village bus trip). Ron presented a photo slideshow.
Click here to see YouTube video – Silent Monks. Click here to see Picasa web album photo show.
Posted by Chatham-Madison Kiwanis at 12/23/2012 07:10:00 AM No comments: 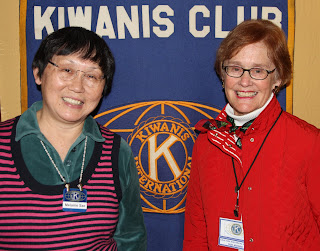 At the Kiwanis December 11 luncheon meeting, Sue Moore of the Chatham Township Historical Society presented "Chatham, Then and Now". Sue (Right in the photo) was introduced by Melanie Sze (Left).

It was a very complete overview of the history of Chatham Township, told with excellent slides and interesting stories. Members enthusiastically applauded her presentation at the end of the program.
Posted by Chatham-Madison Kiwanis at 12/12/2012 07:52:00 PM No comments:

Karen Swartz announced that there will be a CHS Key Club meeting in the art room Wednesday 12/12/12 at 10:40 AM. Bob Stannard reported that all the Drew Circle K dues have been paid and he also noted the container in the room for water bottles.

Jerry Cunningham announced next Tuesday’s Christmas breakfast meeting and program. He passed around a sign-up sheet for members to sign up to do a part of the Christmas program. He also urged members to send him an email if they think of a program item to lead. Spouses and significant others are invited to attend.

David Mutchler announced that only chocolate covered pecans, deluxe mixed nuts and peanuts are available. Please buy these before the end of next week’s Christmas meeting.

Gary Arnesen reported that the Ogden St. cleanup went well and the Chatham DPW was very happy with the work that was done. Many bottles were picked up.

Betty Anne Keat announced the ECLC Christmas activities to be held on Friday December 14 at 12:30 PM in the auditorium.

It was later decided to cancel the December Board Meeting which was originally scheduled to follow the December 18 Christmas breakfast meeting.
Posted by Chatham-Madison Kiwanis at 12/12/2012 07:47:00 PM No comments: 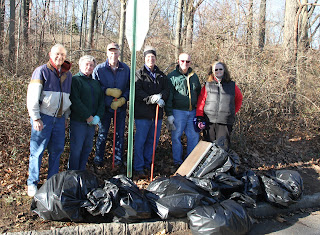 On December 6, 2012 the Chatham-Madison Kiwanis Club cleaned debris from the shoulder of Ogden Street in Chatham Borough.  Six members shown in the photo arrived at 8:30 AM and filled bags with bottles, cans, cigarette boxes, and other items thrown there by passersby. Temperature was below freezing when they started but the hard work warmed everyone up. This was part of the New Jersey Clean Communities Program.
Posted by Chatham-Madison Kiwanis at 12/09/2012 04:10:00 PM No comments: 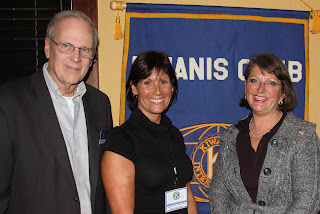 Rich Behling introduced speaker Robin Nestler, who is President of “Set Her Free” (SHF). Robin is in the center in the photo and Karen Swartz, Kiwanis advisor for the CHS Key Club is on the right. This program (SHF Uganda) is a non-profit organization that works to restore the lives of young girls formerly enslaved by the sex trades – the vilest form of child labor.

SHF has set up a residence in Kampala, Uganda where girls are given basic needs and education. They go on to become productive members of the community. Robin showed a YouTube video.

To learn more about SHF, please visit their website: www.setherfree.org. The presentation was very informative and inspiring. 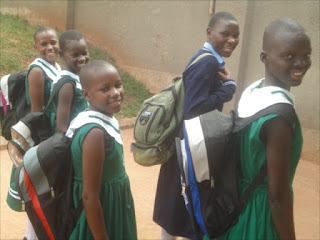 Breakfast with Santa was held on December 1, 2012 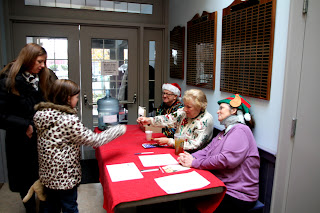 On December 1, 2012 the Chatham-Madison Kiwanis Club hosted Breakfast with Santa at the Madison Community House. 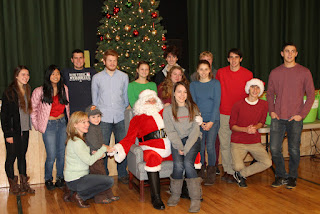 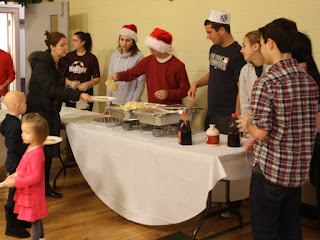 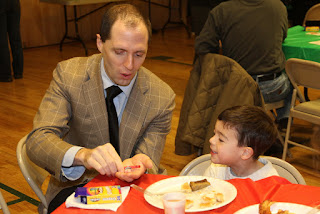 Simon Mandel taught children how to do magic tricks. 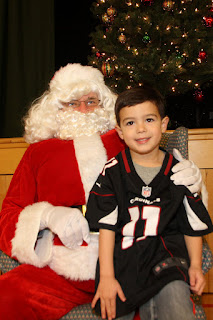 Children posed for photos with Santa. 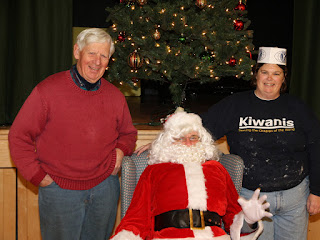 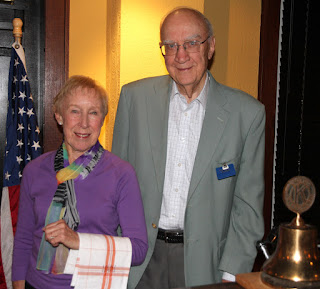 Alan Robertson presented an entertaining and informative slide show for his and Joan’s recent trip to France. In above photo, Joan is displaying a beautiful towel she brought back from the trip. At the end of the talk, Alan shared with the audience samples of excellent French dark chocolate. This was a Tauck Tour. 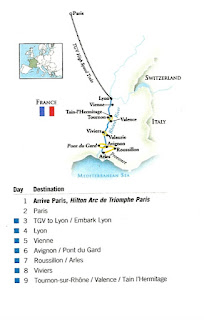 They started in Paris and then took a train to Provence 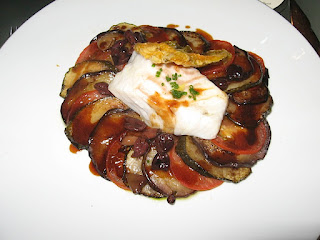 They ate many fine meals. Codfish is surrounded by slices of eggplant and tomatoes. 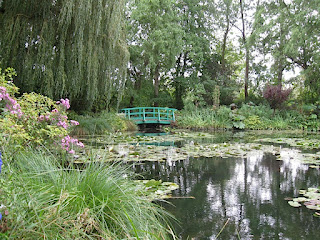 There were beautiful gardens. 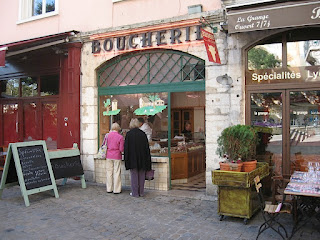 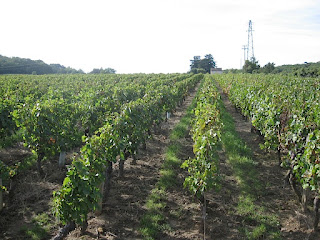 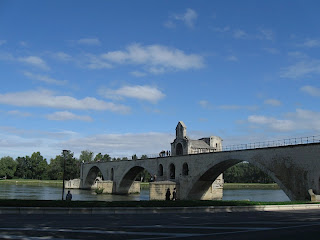 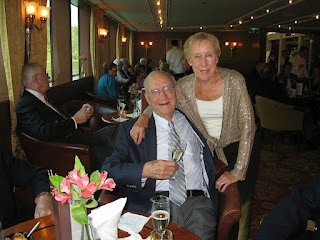 Dave Mutchler announced that holiday nut sales continue to go well. There are still plenty of 26 oz. tins of mixed nuts, 16 oz. bags of almonds, and peanuts.
Posted by Chatham-Madison Kiwanis at 12/03/2012 05:51:00 AM No comments: 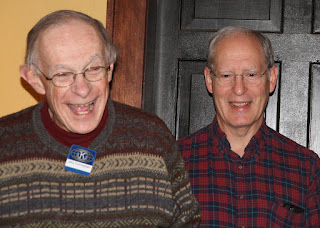