Second, the Unemployment Insurance Fund shortfall was confronted. Last year the fund ran out of money and had to borrow 1.2 billion dollars from the Federal government to keep paying benefits.
Third, public employee pensions and other benefits are not affordable in today’s economy. State benefits are funded at only 64 percent with a shortfall of 46 billion dollars. Past promises must be kept - but reduced benefits must be negotiated going forward. Public employees will be asked to pay about 1.5 percent of their salary for their own health benefits costs. Bills submitted by the Governor have been passed by the Legislature addressing benefits funding shortfall.
Fourth, the administration is closing the 10.7 billion dollar gap on the fiscal year 2011 budget. If nothing were done, the budget for next year would rise by this amount. New Jersey taxes are among the highest in the nation and the Governor has vowed no increase in taxes. He is proposing spending cuts of 9 percent. While these cuts are hard to make, he is working with municipalities, school districts, unions and the Democrat-controlled legislature to reduce spending.
Christie is also proposing a Constitutional Amendment to limit property tax increases to 2.5 percent per year. New Jersey now has the highest property taxes in the nation.

Webber ended his remarks by saying that “the best is yet to come.” When the recession ends, NJ will have trimmed expenses so that we will be able to attract and keep new businesses. To do this we need regulatory reform, rapid approval of permits and partnerships with business. New Jersey will be “lean and mean” and ready to compete in the next decade.
Posted by Chatham-Madison Kiwanis at 3/31/2010 09:45:00 AM 1 comment: 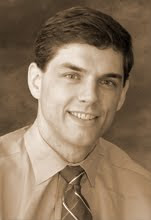 March 30, 2010 breakfast meeting at Charlie Brown’s Restaurant, 522 Southern Blvd., Chatham Twp. begins at 8:00 am. Speaker is Jay Webber, New Jersey State Legislature Assemblyman (R) representing District 26 (which includes Chatham Borough). Click on the title of this post (above) to read Webber’s official NJ Legislature bio.  He became chairman of the New Jersey Republican State Committee in June 2009. Webber serves in the Assembly on the Labor Committee and the State Government Committee.  He is a resident of Morris Plains, New Jersey.  Click here to view his personal web site. The municipalities of Chatham Township and Madison are in NJ District 21, which is represented by Assemblywoman Nancy F. Munoz (R).
Posted by Chatham-Madison Kiwanis at 3/28/2010 03:08:00 PM No comments:

Fish (and Chicken) and Chips Dinner 2010

On March 23, club members huddle before setting up all the tables in the Chatham High School cafeteria before the many hungry customers arrived for our annual Fish (and Chicken) and Chips Dinner.

Bill, from Argyle Restaurant of Kearny, New Jersey cooked over 400 servings of fish and chicken for both carry out and eat-in orders.

This year we held a 50/50, bringing in additional funds, which we give to local student service clubs and other worthy organizations.
Posted by Chatham-Madison Kiwanis at 3/24/2010 07:26:00 AM No comments: 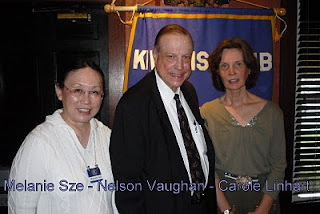 Speaking at the March 23, 2010 Kiwanis breakfast meeting was Carole Linhart, director of the Chatham Borough Mayors Wellness Campaign. Part of a State-wide program, the Chatham program aims to implement active-living initiatives to improve health of people in the community. Ms. Linhart was introduced at the meeting by Kiwanis member Melanie Sze. The speaker said that exercise is not a dirty word. To offset the natural decline in our bodies as we age, all people should regularly do some form of exercise. She recommended walking and invited members to join the group of walkers which meets twice a week at the Chatham Middle School at 5:30 PM. This kind of mild exercise will help offset loss in efficiency of our body’s cardiovascular system, improve muscle tone, and reduce osteoporosis. She urged all of us to pick an activity we enjoy, set goals for achieving a better life style and actually meet our goals. She is setting a good example for Kiwanis by planning to climb Mt. Rainier this year.
Posted by Chatham-Madison Kiwanis at 3/23/2010 02:31:00 PM No comments: 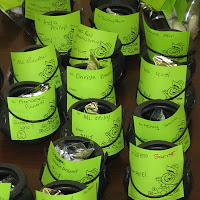 The Madison High School Key Club just finished a fund raiser for Children's Specialized Hospital. In the week preceding St. Patrick's Day, during lunch periods, Key Club members sold Pots O' Gold for $.50. The purchasers designated who would receive each Pot, and the actual Pots were delivered during announcement time on St. Patrick's Day. The concept is similar to a candy gram idea. 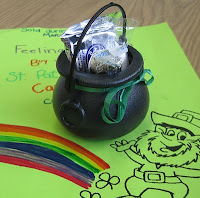 They sold about 100 Pots. The money will go to Children's Specialized Hospital, and all of MHS will be more festive by the presence of the little Pots O' Gold.
Posted by Chatham-Madison Kiwanis at 3/21/2010 07:47:00 PM No comments:

Please come to the Kiwanis breakfast meeting next Tuesday morning at Charlie Brown's on Southern Blvd. in the Township. It begins at 8:00 am but you can come early (the doors are usually open by 7:30 am) and enjoy coffee and conversation with your friends. You can also come a tad late and catch up.

The program generally starts about 8:30 am and ends about 9:00 am. The buffet includes heart-healthy items like breakfast cereal and fruit. You can also have eggs, bacon, sausage, bagels, and more.

The Program:
Carole Linhart will speak on the Chatham Borough participation in the New Jersey Mayors' Wellness Campaign. Click the link to learn more about this interesting program.
Posted by Chatham-Madison Kiwanis at 3/21/2010 12:11:00 PM No comments:

April 6 - Brooklake Lunch - Bernadette Jusinski and Jackie Wiegand will speak about a new information collection for the Library of the Chathams. The collection of media will be a resource for people planning for or already in retirement.

April 13 - Booklake Lunch - Jim O'Neill, Superintendent of the Chatham School District will speak on the proposed budget and other plans for Chatham schools.

April 27 - Charlie Brown's Breakfast - Bailey Brower will speak on early Happenings, history and building eras of the Township from his family's prospective.
Posted by Chatham-Madison Kiwanis at 3/21/2010 06:57:00 AM No comments: