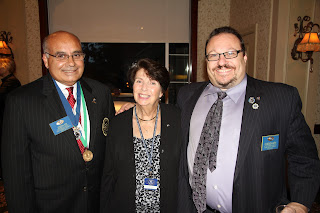 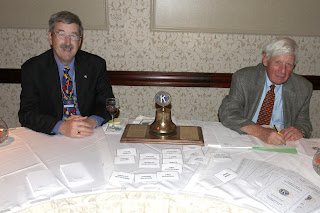 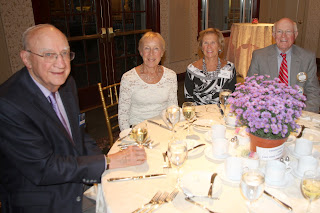 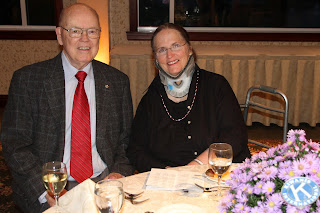 Dick Ligertwood and Sharon Johnson enjoyed a quiet time before the installation ceremony began. Sharon was inducted as the 2012-13 Vice President of the club. 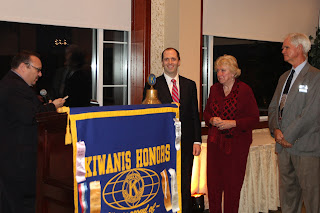 Gordon Meth, Division 9 Lt. Governor (at podium) officiated at the installation ceremony. In the above photo, he installed the new members of the board of directors (L to R): Simon Mandal, Nancy Boucher and Dave Mutchler. 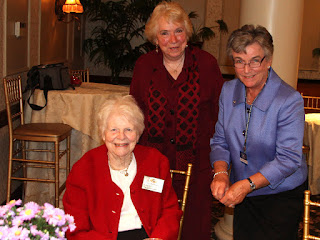 Mary Anne Maloney (right in the above photo), who was recognized for her dedicated leadership as President of the club in 2012-13, announced a special recognition to all the women in Kiwanis. This year is the 25 anniversary of women membership in Kiwanis International. She recognized the past presidents who were women. In the photo are Sally Deatly (left), Nancy Boucher (middle, the first woman president of our club) and Mary Anne. She also recognized Cordelia Fuller, who passed away in 2010. The club’s fifth woman president will be Joan May, who was inducted for the 2012-13 year. 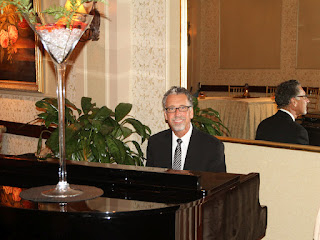