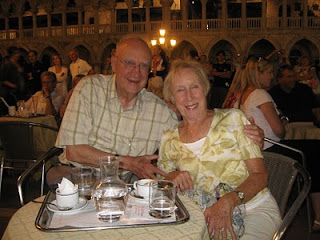 Alan Robertson and Joan Frey took lots of photos on their June 2011 trip. A local photographer took this one of them enjoying coffee in Venice. 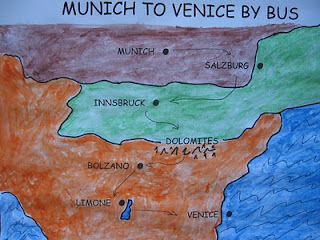 Alan showed a map he had made of the Tauck Tour route.
They arrived in Munich a day early and stayed in the Tauck-recommended Bayerischer hof hotel. Alan showed a photo of a very old monument to composer Orlande de Lassus newly decorated with Michael Jackson memorial candles, posters and photos. He and Joan enjoyed sausages with liters of beer in the HB Hofbrauhaus. The building looked historic, inside and out, and the band sounded great. 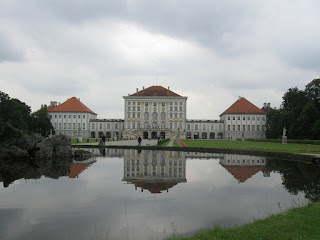 Munich was rebuilt after almost total destruction during WWII. Much of the architecture stemmed from the time of the “Holy Roman Empire”. Alan showed a photo of a beautiful palace beside a reflecting lake. He also showed a photo of the Munich town hall (which contains a glockenspiel). The square in front of town hall was filled with people.

Next stop was Salzburg, where Mozart lived. Tourists enjoyed a musical mime performing on the street and visiting the apartment of Mozart. Alan noted that Mozart was not killed by Solieri, but died from primitive medical care, including excessive bleeding.

Next stop was Innsbruck, where Alan and Joan saw interesting Rococo architecture.  Alan showed a photo of the Maximilian-I cenotaph in Hofkirche (Court Church) and described its history. A cenotaph is an "empty tomb" or a monument erected in honor of someone whose remains are elsewhere. 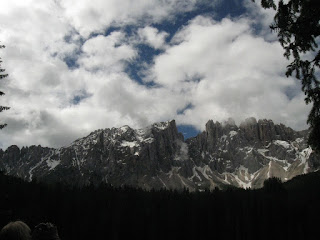 The Dolomites were shown in a beautiful set of photos. A cable car took travelers to the snow-covered peaks.

Next they went to Bolzano, Italy where they stayed in a very nice hotel. After that, they went to Limone. The town is built into hills beside a beautiful lake.  The scenery depicted in the photos was very nice. The people of this area are known by their long lives (many over 100 years old) - the result of excellent genes. 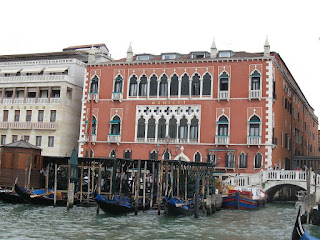 Last stop was Venice. They stayed in the Danieli hotel, an excellent hotel which was once the residence of a wealthy leader of Venice. The city has many canals, cozy bars, and attractions around Saint Mark's Square. Good maps and street signs are not available and it easy to get lost in the city. However, weather was very nice so he and Joan had a great time. 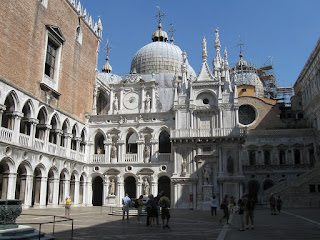