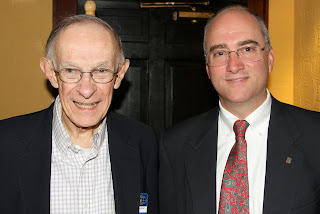 Gary Arnesen announced that there will be a Kiwanis clean-up at Shepard Kollock Park in Chatham Borough on October 12 at 8:00 am. Stu Shippey announced that we will be selling nuts at the Pasta Dinner.  Marc Litwack announced the 99th year of service of Kiwanis International and wished everyone a happy new Kiwanis service year. Karen Swartz announced the CHS Key Club meeting on October 2.  Nancy Boucher announced the Greater Parsippany wine tasting at Hanover Manor on October 17. Also, she reported that new signs were ordered to use in parades. Betty Anne Keat announced that MHS Key club is collecting children’s books, playing cards and matchbook cars for children undergoing cancer treatment at Morristown Hospital. Members are invited to give items to Betty Anne.
Posted by Chatham-Madison Kiwanis at 10/07/2013 05:04:00 PM