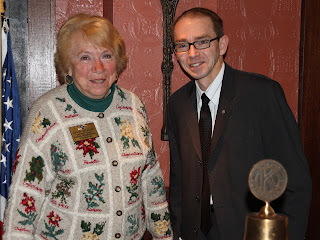 Mary Anne Maloney reported that representatives from our club attended the recent NJ District Governor’s Dinner at Mt. Tabor Country Club. She also thanked Joan May for her leadership in making “Breakfast with Santa” a huge success. Joan thanked all the workers who helped out at the event. Nancy Boucher announced that MHS Key Club sent eight members to help as “elves” at “Breakfast with Santa”. Stu Shippey sold nuts at the event and he gave an update on the fundraiser. We have many gift tins left to sell. He asked everyone to buy at least one item.