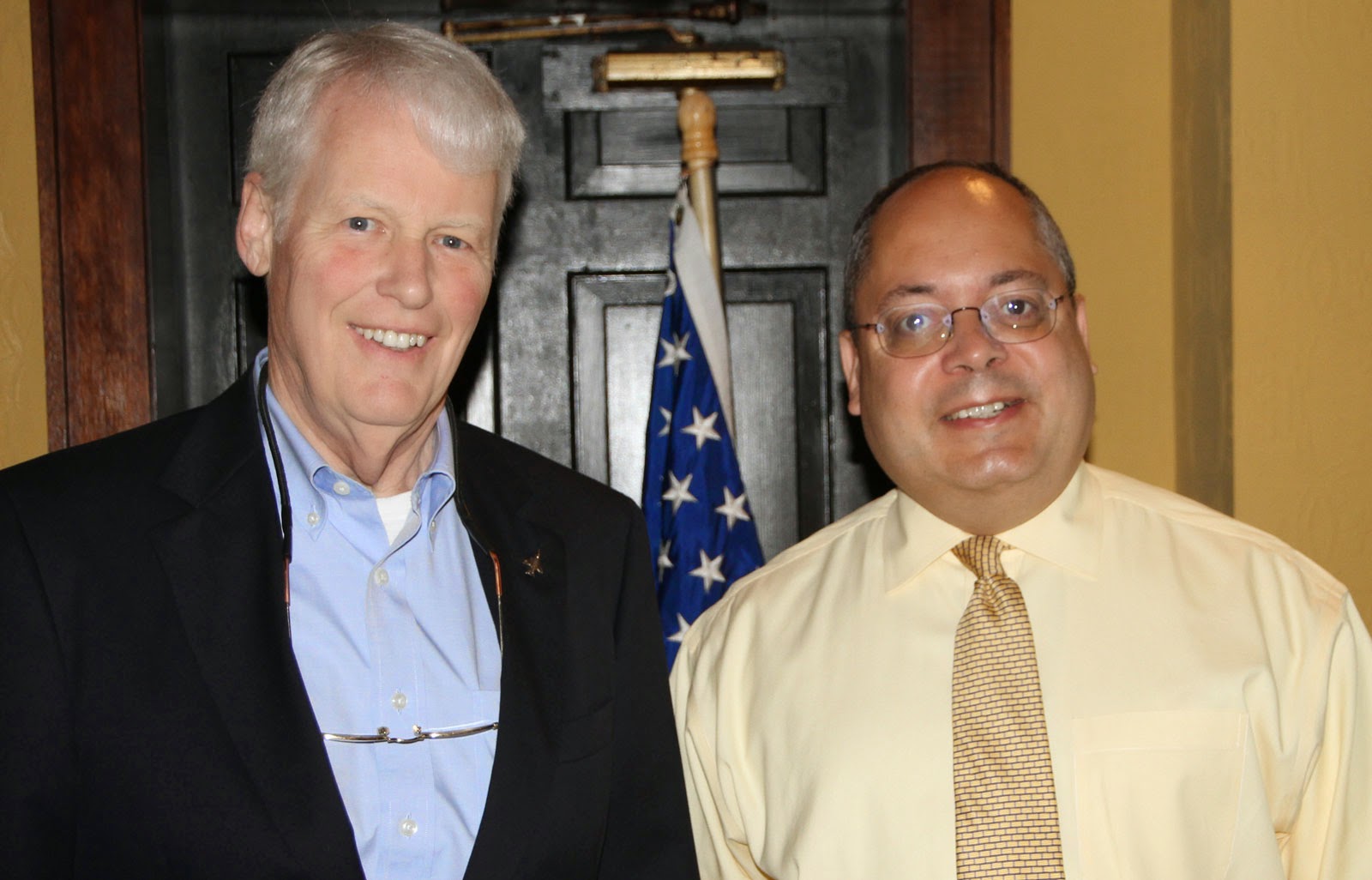 Len Resto (right in photo) spoke at the July 29 breakfast Kiwanis meeting which was held at Charlie Brown’s Restaurant in Chatham Twp. He was introduced by John Eyre (left in photo) who is President of the club.

Len gave a PowerPoint presentation which included the history, membership and activities of the Environmental Commission. He mentioned that there are several nature trails in the Borough - click here to view maps.

Len wrapped up the talk by asking the members of the audience to “Get Involved!” He also suggested a number of areas where help is needed. The audience applauded this interesting and informative talk.