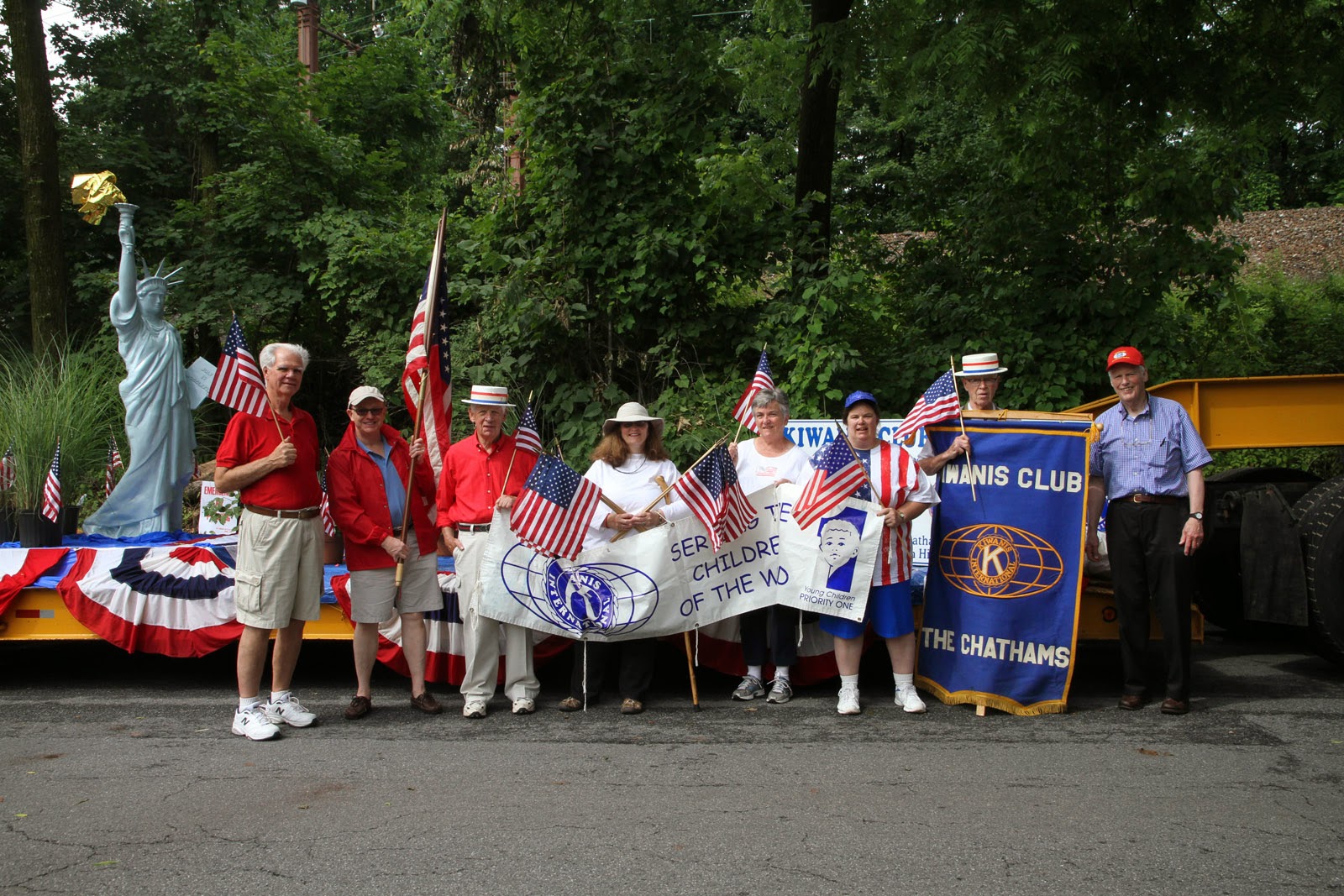 The marchers pose on Ogden St. while they waited for the starting signal. 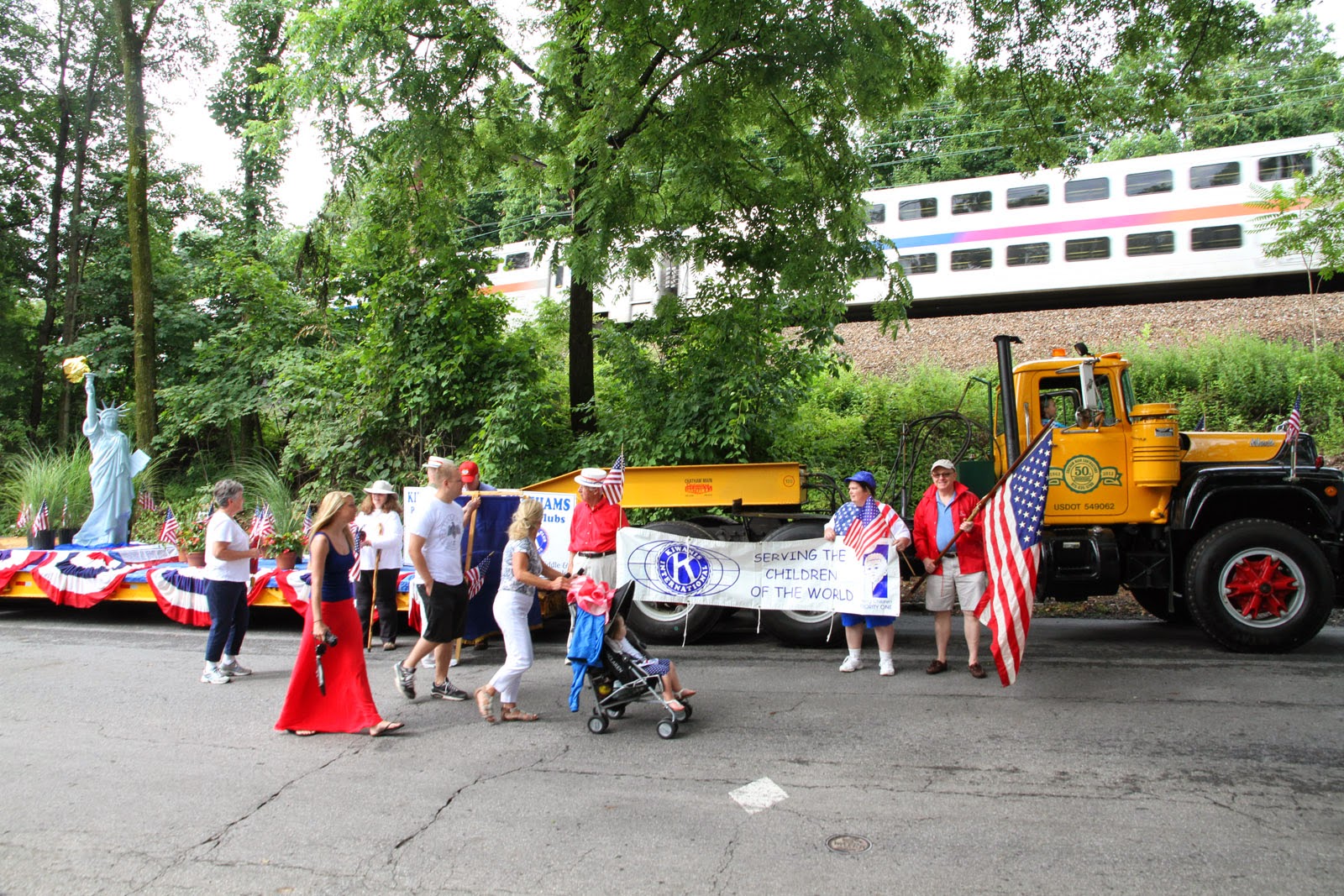 Then the train came by - so did marchers and spectators. The Chatham Band waits on their float. 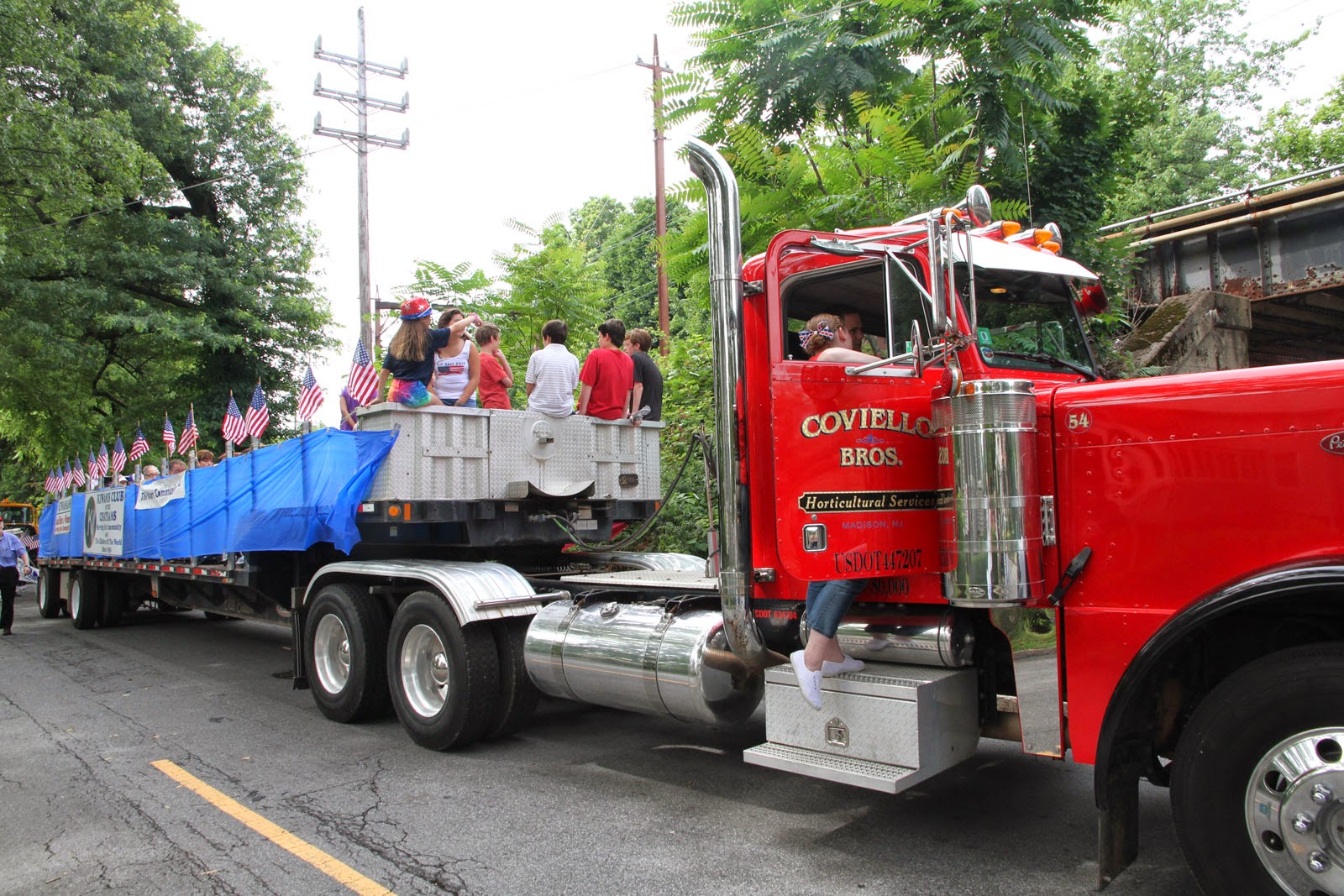 Thank you Coviello for providing the float again this year! 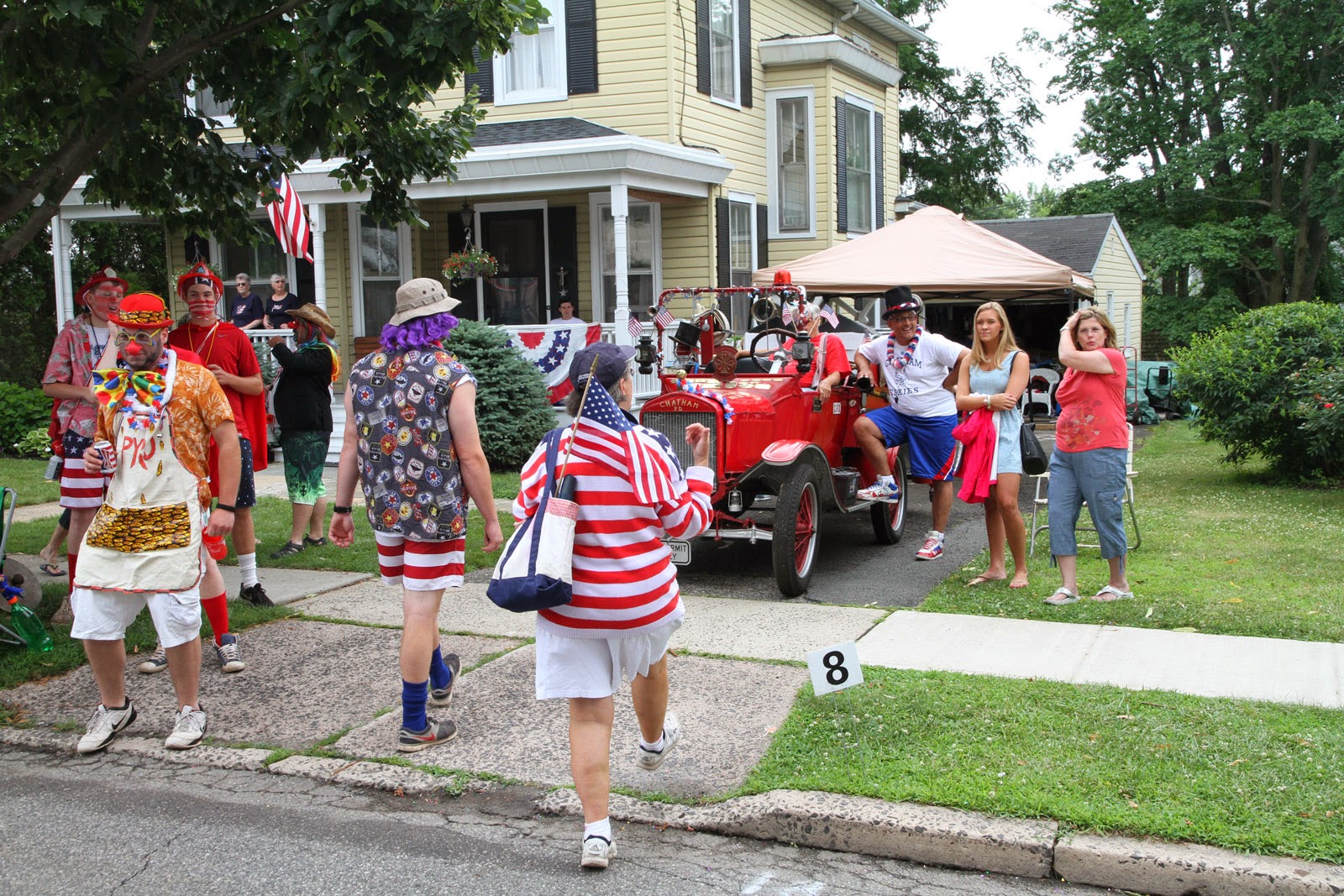 We greeted the clowns as we marched by on Hillside. 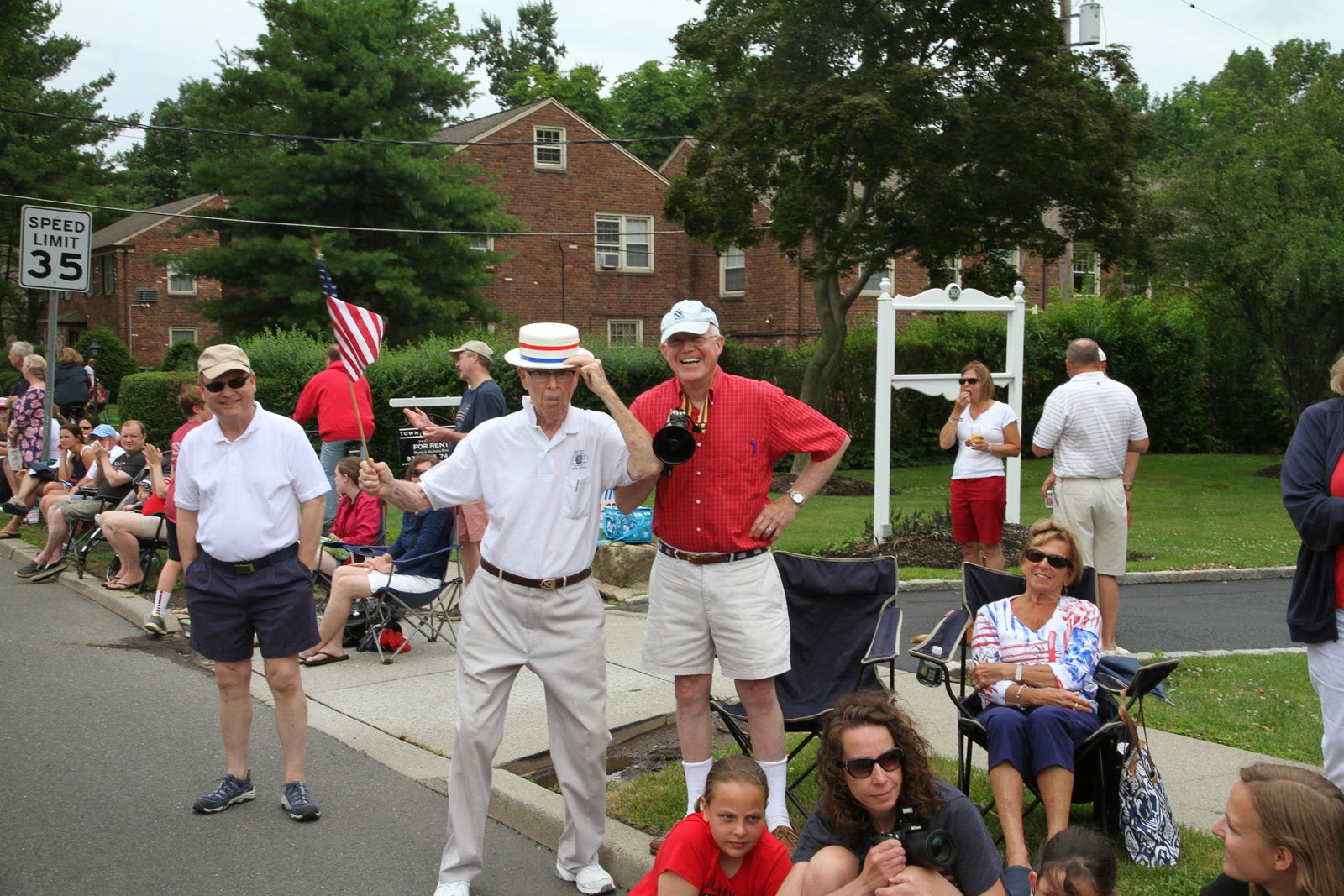 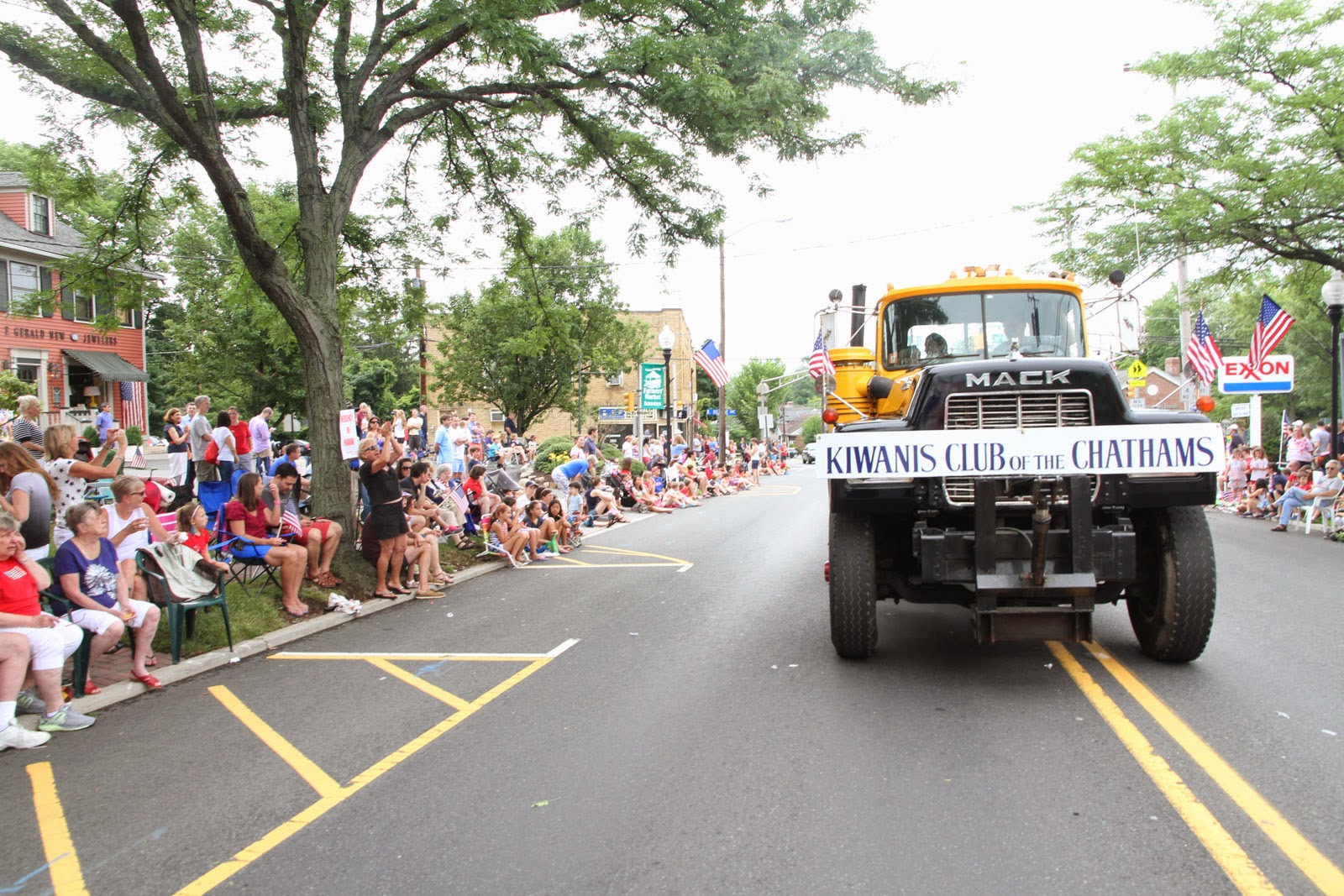 The crowds along Main Street cheered the Lady Liberty float. Thank you Chatham Main for supplying the truck for the float again this year. The rain held off until a half hour after the parade was over.