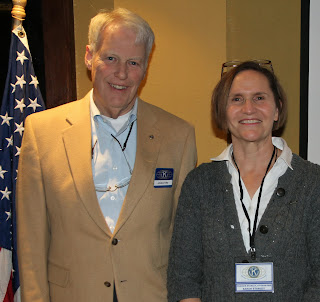 After a brisk question and answer session at the end of the program, the audience enthusiastically applauded this interesting presentation.
Posted by Chatham-Madison Kiwanis at 12/08/2013 08:46:00 PM